Griffin and Sabine by Nick Bantock
This isn’t a novel; in fact, it’s a book that can probably be read by most people in less than an hour.  It is more of an artistic expression of both love and desire in written form, as explored via a mysterious correspondence, in which the reader can participate.

Silk by Alessandro Baricco
This is another form of love story, one written in almost poetic form.  It was a major world-wide bestseller years ago — millions of copies — and if you haven’t had the chance to read it, you should do yourself a favor.  It’s short and poignant and beautiful, in every way.

To Dance with the White Dog by Terry Kay
Quite simply, this is one of my favorite novels of all time, and one that I’ve reread at least a dozen times.  It tells the story of an elderly widower, who’s befriended by a dog that no one else ever sees, a dog that helps him through his loneliness.  Warm and touching, it’s a novel that people of all ages can enjoy.

A Man Called Ove by Fredrik Backman
This novel, set in Sweden, tells the story of Ove, who can best be described as a curmudgeon. The story takes place after the death of his wife, and shows how healing can occur with the unlikeliest of people, in the unlikeliest of ways.

See a complete list of books recommended by Nicholas at Goodreads.com. 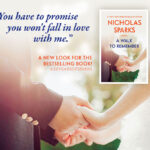 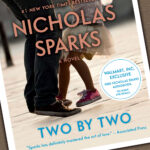