Last week, I shared the cities and dates for my upcoming book tour with you, and I hope many of you are planning to join me on the road. Today, I am excited to present an exclusive never before seen or heard video preview of the brand new song “Two by Two” written by the talented singer/songwriter, JD Eicher.

This wonderful song is an original exclusive track within a special collection of JD’s remastered songs that make up the Two by Two book soundtrack. The entire collection of four songs will be sent to you for FREE on the book’s release day, October 4, by signing up at TwobyTwoMusic.com.

Two By Two is my twentieth book, and I wanted to do something really special to celebrate its release. In the book, Russell and his daughter, London, read their own book, Two By Two, almost every night, and I thought that JD could really capture that special relationship between a father and a daughter, especially given that he and his wife are expecting their first daughter in a few months. Because I already loved JD’s music, I reached out to him to see if he would write an original song inspired by the book. Fortunately, he said yes! He also agreed to give away three other of my favorite songs of his. The resulting music collection is the perfect companion to the book, and I hope it amplifies the emotion and connection to the story for all of you. Again, when you visit the soundtrack site, you can sign up to receive a download link for the soundtrack as soon as it becomes available, as well as learn more about our collaboration. I hope you love it! 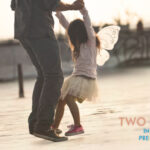 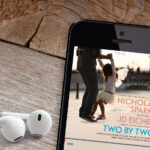 Oct 04, 2016 | Book News Behind the Scenes: Talking about the Two By Two Soundtrack with JD Eicher