Scott Eastwood to play Luke Collins in the film adaptation of The Longest Ride by Nicholas Sparks.

Joining a long list of iconic leading men in Nicholas Sparks films, we are excited to announce that Scott Eastwood will be playing Luke Collins in the movie adaptation of The Longest Ride.

Luke and college senior Sophia Danko’s love story plays out as one half of the latest Sparks romantic saga, which hits theaters in April 2015! You can find more info on Scott and the movie adaptation at Deadline Hollywood. 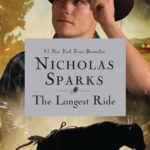 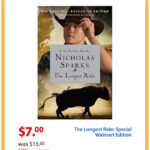