Did you know that supporters that donate $100 or more to the Nicholas Sparks Foundation receive a complimentary signed book of their choice?

The Nicholas Sparks Foundation is a nonprofit organization transforming and improving education in the United States, one school at a time, with research, program and curriculum development, and open-sourcing, in the hopes that all students will master the 21st Century skills they need to succeed in the future, while simultaneously becoming globally competent citizens of the world.

The foundation’s goals for our future leaders include instilling confidence, introducing foreign languages, and exploring cultural versatility, while offering a global perspective to help them prepare for the 21st century.

Fans can support the foundation by making an online donation, following them on Twitter @NSparksFDN and visiting NSparksFoundation.org to subscribe to email news. 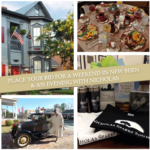